The Ispindel is a DIY project to measure the tilt of  a partly subnerged tube in your brew while it ferments. This tilt can then be translated to the gravity though a known dilutionseries of Water/sugar measuments of the tilt comparied to hydrometer measuments. The project is discussed on various sites including here at homebretalk.

I went a bit other way for my “Alternative Ispindel”. As I had a hard time to find a 3d-printer for printing the sledge people normally use and aslo taking the time of printing of 2½ hours into account I went the way of using a yeast tube as holder for the eletronic in the petling tube.

I have used a liqued yeast tube and cut it down a bit and placed it in the petling tube. The gyro is then placed at the yeast tube cap area and hence is then in the midarea of the petling!

The yeast tube also become a fine battery holder and by 2 springers from a battery cartridge I dont have to solder on the battery there do hold a bit of risk! 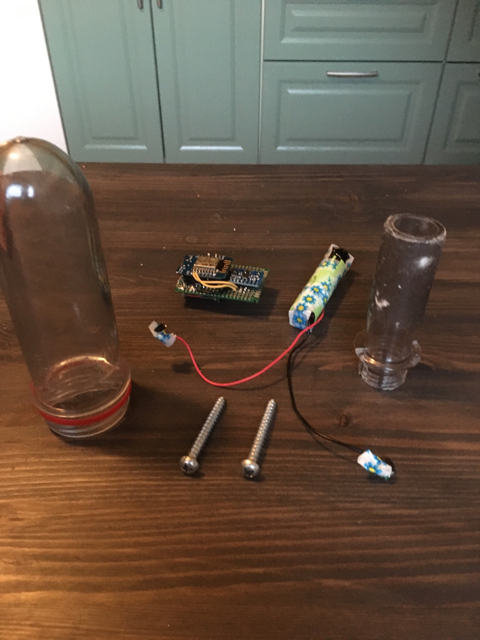 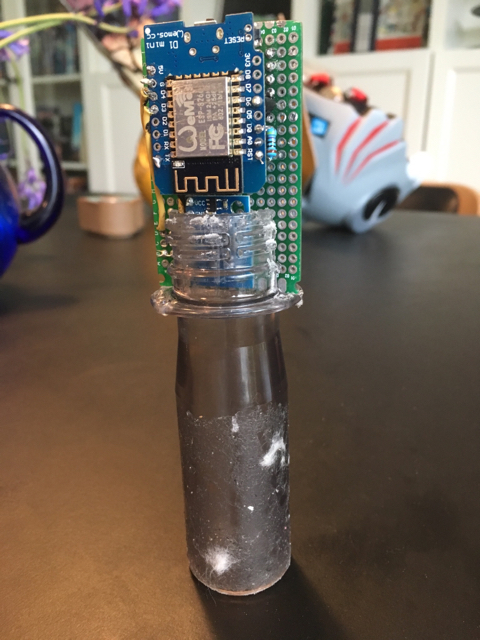 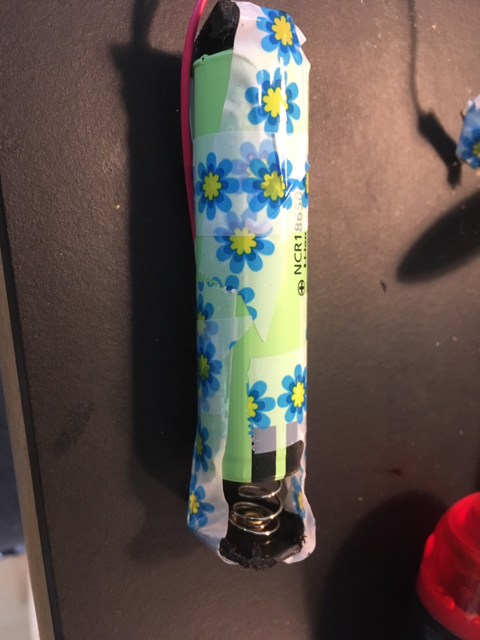 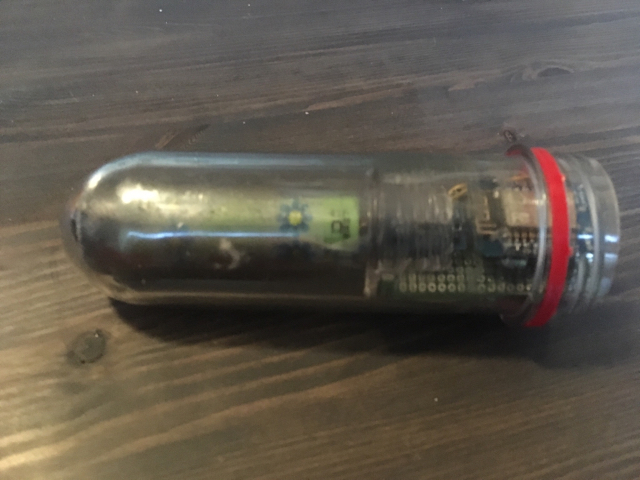 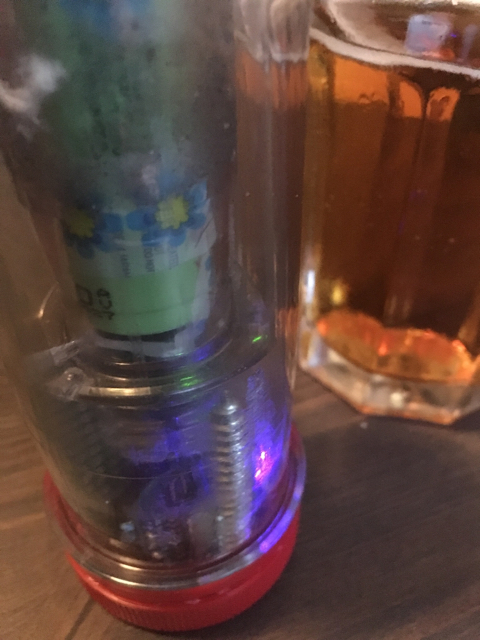 Only differncy to those pics, is I had to use 2 screws+some bolts (se last Picture) insteed of only one screw to get the initial tilt of 23 in clean tap Water! I would try to get a tilt on 18-20 next time based on my experiance (under 15 and over 20 seems to give less resolution at high and low gravity)!

One Hint! I decided not to remove the light diode from gyro as I like to be able to see it is on! On my 3200mha battery I have had it in use for over 3 weeks and hence you can leave this diode on even guideline tells too remove it! Secondly, it is small, very small so partly also the reason I did not Brother trying removing it.

How it looks when montored on Ubidots!

This site uses Akismet to reduce spam. Learn how your comment data is processed.

This homepage was initiated to give the "people in doubt" regarding the complexity of home brewing the necessarily knowledge and push to start brewing. That brewing not necessarily needs to be extremely complicated nor do it involve a lot of equipment/time for a start.